The Passing of Amur Tiger Waldemere

The Zoo is mourning the loss of the Amur tiger Waldemere after he passed away on the evening of Sunday, December 5, after a brief, but serious illness. Waldemere was 18 years and 6 months old, the oldest living male Amur tiger in the Association of Zoos and Aquariums (AZA) Species Survival Plan (SSP), and was known to be affected by age-related joint disease, and dental disease. The life expectancy for male Amur tigers in AZA-accredited zoos is 16 years. After recovering from an infection with the virus that causes COVID-19, Waldemere showed a sudden loss of appetite and became lethargic. A team of veterinarians examined and provided supportive treatments under general anesthesia, but Waldemere continuously lost strength and passed away overnight. A necropsy performed by the Zoo’s veterinary pathologist showed malignant cancer cells that appeared to have affected many of his internal organs. Waldemere received continuous care from his loving team of caretakers and veterinarians, many of whom have been by his side over the last 10 years since he came to the Saint Louis Zoo. His keepers and the entire Zoo community will miss this wonderful ambassador for the plight of Amur tigers.

"Waldo was a big, handsome male who tended to be more socially independent than other tigers. He liked to do his own thing, and his keepers took on the challenge to create interesting enrichment that he would explore," said Steve Bircher, Kevin Beckmann Curator of Carnivores, Saint Louis Zoo. “He was truly an ambassador to his species and will be missed by his keepers and the community.”

Waldemere was born at the Denver Zoo and moved to the Saint Louis Zoo when he was 8 years old. As part of the Amur Tiger SSP, Waldemere sired two cubs at the Zoo. He was a very special cat with an independent personality. Keepers affectionately called him, “Waldo.”

Waldemere's mate Kalista passed away in March 2021 at 19 years and 10 months old and had been the oldest living female Amur tiger within the SSP. In November 2021, 3-year-old female Amur tiger Reka moved to the Zoo. Guests may see Reka in Big Cat Country in the near future.

The Amur tiger's habitat is eastern Russia, northeastern China and northern regions of North Korea. There were once eight subspecies of tigers; today, three are extinct and five others are critically endangered, including the Amur tiger. Once there were over 100,000 tigers roaming the world; now there are fewer than 3,000. It's estimated only 450 to 500 Amur tigers exist in the wild today.

In addition to being reduced in number, their range also has been reduced. Once, Amur tigers lived throughout much of Siberia and surrounding areas, and for this reason they were often called Siberian tigers. Today, with their reduced range, they're no longer found in Siberia or called by that name. (Their "new" name comes from the Amur River, which flows through the middle of their current, reduced range in Russia.) Loss of habitat due to logging activities, human encroachment, and poaching are the main threats to their survival in the wild.

Since 2012, the Saint Louis Zoo has been collaborating with other AZA zoos in the Tiger Conservation Campaign, a program supporting anti-poaching and monitoring efforts for the Amur tiger in eastern Russia. This effort is in addition to our participation in the AZA SSP for this species, a breeding program that aims at supporting genetic diversity and a biologically sound population of Amur tigers. Guests can do their part to help these cats by avoiding products made from tiger parts and purchasing sustainable wood products that do not destroy tigers' habitats. The Forest Stewardship Council has advice and several websites list forest-friendly products. 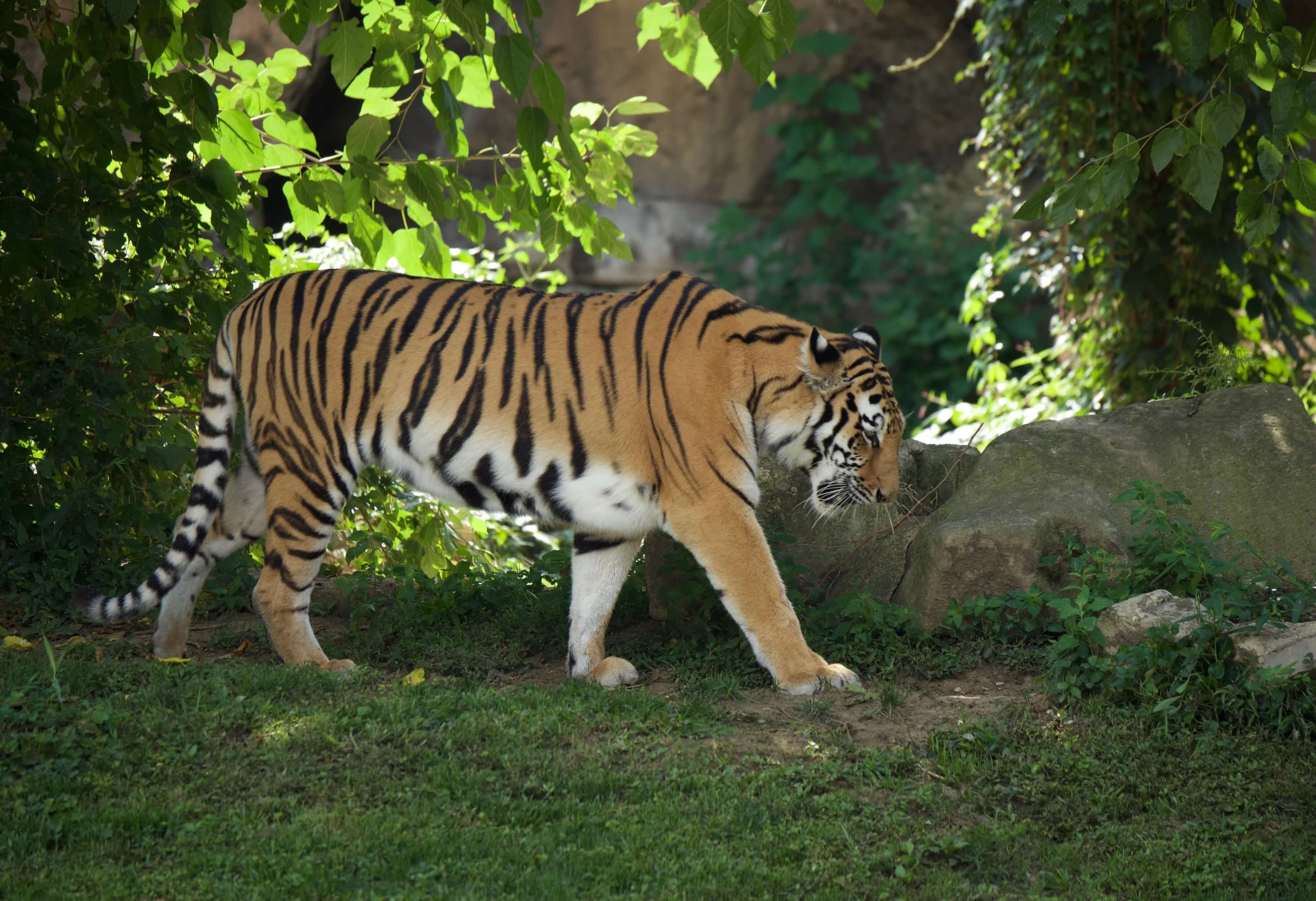