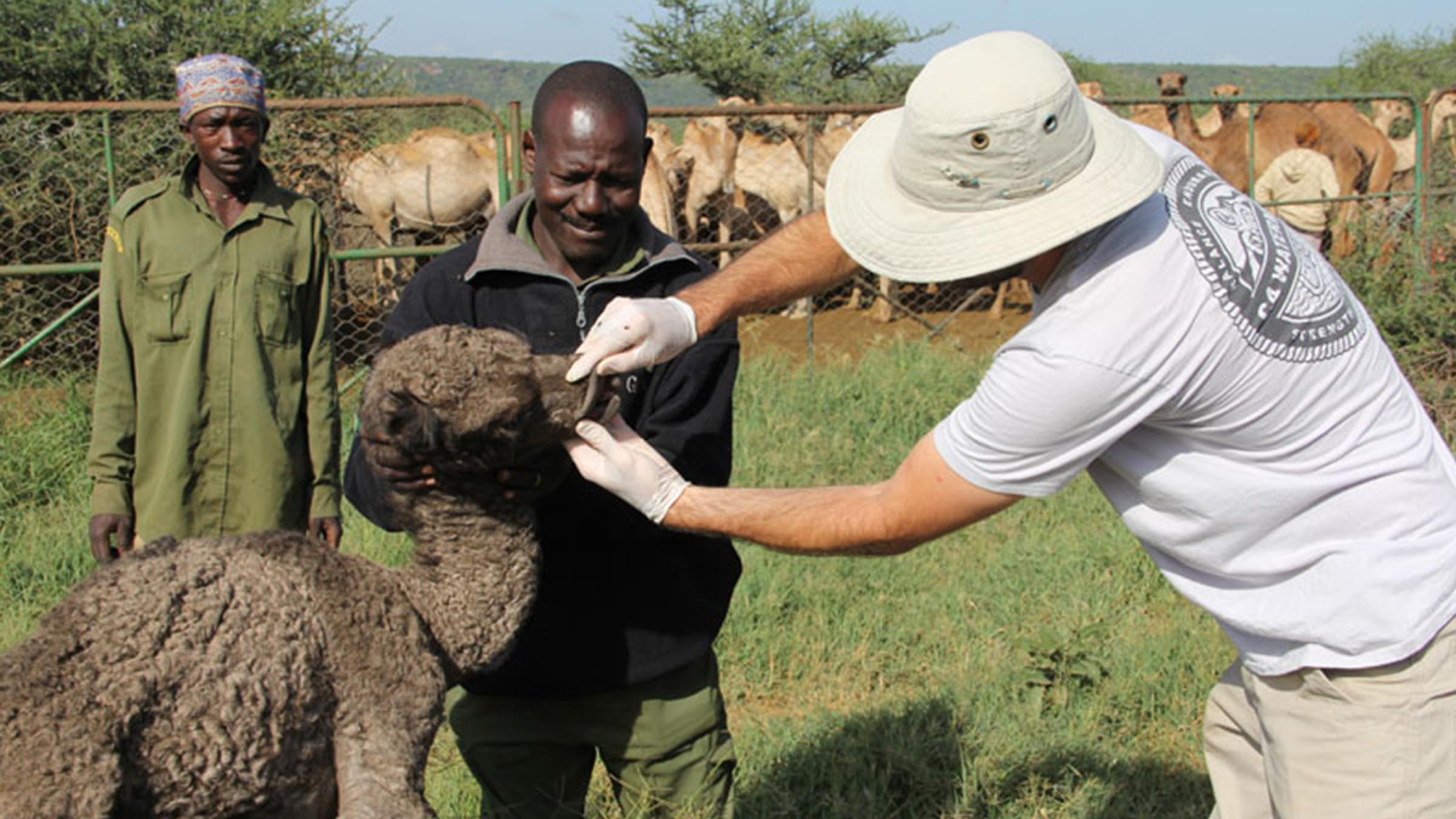 The dromedary camel is increasingly used as a source of protein for humans living in the arid and semi-arid regions of Northern Kenya. The camel population in Laikipia County, Kenya, increased 78 percent between 1982 and 2010, a period when cattle in the region decreased 10 percent. Largely used for milk production, this increase in camel numbers, with the 2011 population estimated at four million individuals, has caused a shift from subsistence to market production of milk.

Veterinary care and bio-security controls have not improved with the rise in the camel population. It is probable that there is a high loss in productivity related to disease-associated morbidity and mortality, and disease transmission between camels, other livestock, wildlife and humans in the region. For instance, there is only one camel milk factory for the nation's milk pasteurization; thus, milk is likely a vehicle of pathogen transmission to humans. An estimated 10 percent of Kenya's 40 million people currently drink unpasteurized camel milk.

The arid and semi-arid lands of Northern Kenya are also home to many threatened and endangered wildlife species, including the black rhino, African elephant, African buffalo, Grevy's zebra and hirola (the most threatened mammal species in Africa). The dromedary camel is prone to a number of diseases that may be transmitted between camels and wildlife. Therefore, as camels increase in number in the region, it is imperative that we minimize the potential for disease transmission from camels to these animals.

The goal of this project is to determine the prevalence of parasitic and pathogenic agents in camels residing in Northern Kenya as a first step to better understand potential impacts that camel production may have on the health of humans and wildlife in the region. The project also aims to provide husbandry and veterinary guidelines to improve camel production in the region to help minimize disease exposure between camels and wildlife and to lessen wildlife use as a source of protein for people in the region.

The study began in April 2011, with a thorough literature review and numerous contacts with camel producers, researchers and veterinarians working on camel husbandry and health both in Kenya and internationally. This initial pre-field work research helped participants identify the priority diseases of concern for public health, wildlife conservation and camel productivity in Kenya.

In September 2011, the team conducted its first field work. Camel herds were located in the Laikipia County of Kenya on 48,000 acres northwest of Mt. Kenya, just north of the Equator.

Visual physical examinations on 74 camels, noting body condition, lesions and for adult females, udder health, were followed by collection of blood samples. A sister project sought to determine the milk production benefits of nutritional supplements given to camels. In a subset of camels, ticks were manually removed and placed in 70 percent isopropyl alcohol for future analyses, and feces were manually collected from the rectum for later laboratory analysis. Initial results showed a number of clinical and physical abnormalities and infections.

A follow-up visit in June 2012 resulted in an additional 150 camels tested for general health indicators and for infectious disease-causing agents. During this field season, a University of Missouri-Columbia MPH student worked with Dr. Deem to establish a husbandry and veterinary protocol to improve camel care in the region.

Did you know camel populations are increasing rapidly in Kenya and that these camels provide lots of milk for Kenyans? Since 2012, the Saint Louis Zoo Institute for Conservation Medicine has been studying the health of dromedary camels, wildlife and people in Laikipia District,
Kenya. Through this #OneHealthprogram, we have gathered health data from people and animals in the
area. This data helps with recommendations for better public health by making people aware of diseases that camels may pass to them from consuming milk. The data also helps with developing methods to minimize diseases that camels may share with wildlife species living in the same habitat. Watch this great video of Dr. Sharon Deem in the field.