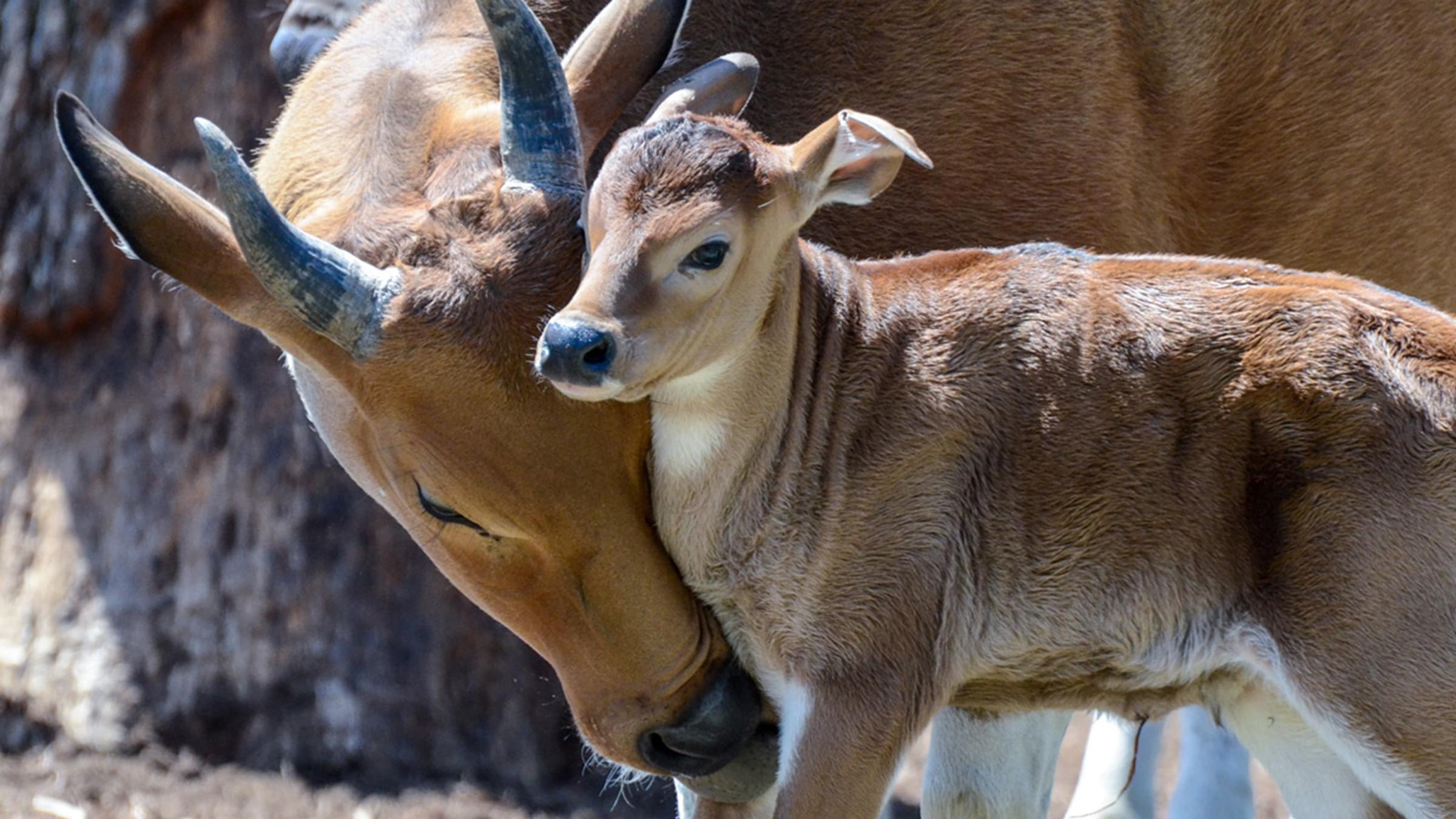 Cryopreservation, the storage of frozen cells and tissue, provides a way for genes of an animal to be saved. Frozen samples can be shipped to another location to avoid having to transfer the animal for natural mating, or they can be saved into the future to be used after the animal’s death. These gene banks can be used for short- or long-term storage, depending on the management needs of the species.

Methods for freezing semen from wildlife often require some modification to optimize survival of sperm cells after thawing, due to species differences. Special semen extenders (usually containing salts, glucose, egg yolk or milk, and glycerol) are used to protect sperm cells during the cooling and freezing process. Most samples are loaded into specially designed straws for freezing in liquid nitrogen vapor. Sperm and even testicular tissues can be recovered and frozen post-mortem. Straws or tissue samples are then immersed in liquid nitrogen for long-term storage at -346 degrees Fahrenheit.

Although methods for freezing sperm were established more than 50 years ago, that technique was not adequate for eggs, which are much larger and contain more vulnerable cell components. More recently, a different approach—vitrification—was developed for humans and domestic animals. With help from the Infertility Center of Saint Louis, the Saint Louis Zoo was the first to apply this technique to a wild species, the endangered Mexican wolf. Vitrification can also be used to preserve tissue from ovaries using samples taken post-mortem or after spaying.

The vitrification process begins with aspiration of the oocytes (eggs) from the ovaries, followed by thinly slicing the remaining ovarian tissue. The oocytes and slices are dehydrated in concentrated sugar solutions to remove water that would form ice crystals and puncture cell membranes. The dehydrated samples are plunged into liquid nitrogen for long-term storage. Samples kept frozen in liquid nitrogen are considered to be stable indefinitely.

The Saint Louis Zoo has maintained a frozen semen bank under the auspices of the U.S. Fish & Wildlife Service (USFWS) Mexican Gray Wolf Recovery Program and the AZA Mexican Wolf Species Survival Play (SSP) since 1991. In collaboration with the Infertility Center of Saint Louis, the Zoo’s Reproductive Science team added frozen eggs and ovarian tissue to the bank in 2005, incorporating female genes in the bank for the first time.

Mexican gray wolves, which once ranged throughout the American southwest and parts of Mexico, became extinct in the wild, with only a few pairs surviving in zoos. Following a successful captive breeding effort by zoos in collaboration with the USFWS, Mexican wolves were reintroduced to New Mexico and Arizona. Careful genetic management is still needed due to the small population size and limited genetic base. The Zoo’s frozen gene bank is an integral part of the recovery program of this charismatic endangered species.

Banteng are one of the rarest species of wild cattle, with only about 5,000 remaining in the wild. The Zoo has a long history breeding banteng in support of their conservation. Part of that breeding program is a frozen semen bank with more than 1200 samples from six males. Although there is no consensus in the wildlife community on the target number of samples for each male, our goal has been to save at least 300. Although most of these bulls have sired offspring, those samples can be used into the future, even after the bull has died. For example, a frozen semen sample from Herschel, a prolific bull who died in 1997, was used to produce a calf in 1998.