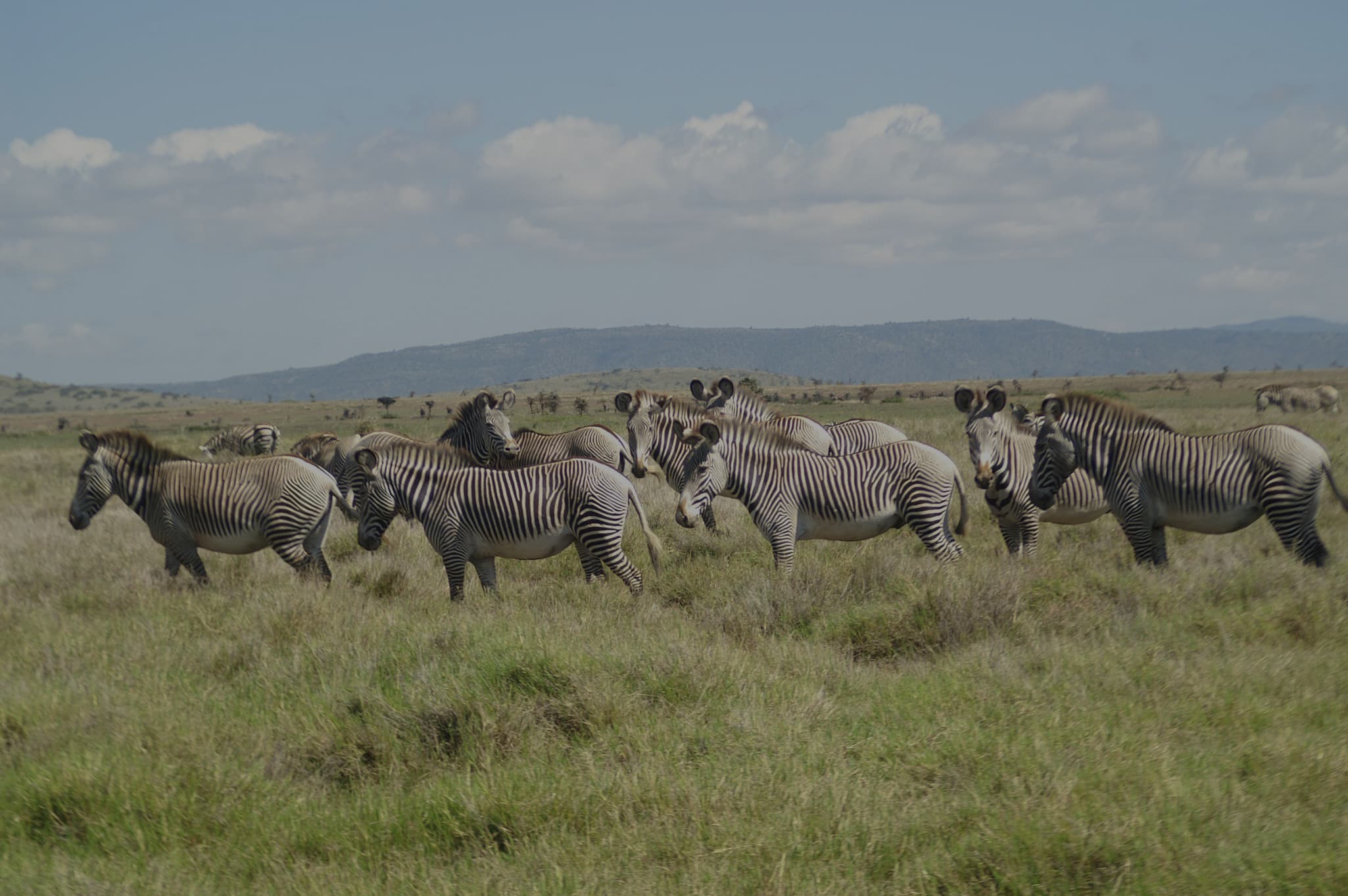 Center for Conservation in the Horn of Africa

The Association of Zoos and Aquariums' 2012 International Conservation Award went to the Zoo and its partners for the "Grevy's Zebra Trust and AZA: A Model of Collaborative Endangered Species Conservation Program." This award recognizes exceptional efforts toward habitat preservation, species restoration, and support of biodiversity in the wild.

In recent years, the countries in the Horn of Africa have endured enormous hardships from drought, famine and political turmoil, and outside assistance is often needed to nurture and grow their fledgling conservation efforts. The Center for Conservation in the Horn of Africa supports these efforts by linking dedicated conservationists at zoos with those in the field and fostering partnerships to provide long-term support to wildlife programs in Kenya, Ethiopia, Eritrea and Djibouti.

The largest of all wild equids, the Grevy's zebra, is now considered critically endangered across its range, with less than 150 in Ethiopia and the remainder, perhaps 2000, in northern Kenya. Grevy's zebras are distinguished from other zebras by the intricate pattern of stripes on their skins. Unfortunately this same trait made Grevy's zebra highly prized by trophy hunters in the past; thankfully, such trophy hunting has been outlawed for decades, but illegal poaching for food and medicinal purposes has continued to drive this species toward the precipice of extinction. The process has been accelerated by critical range reduction and competition over scarce resources accompanied by an unprecedented influx of humans and their domestic livestock. These factors have combined to produce a devastating depopulation of this distinctive species, an alarming decline estimated to be as much as 85% over the last three decades.

With less than a half of a percent of the Grevy's zebra range falling within official national parks and protected areas, this species' survival depends heavily upon the attitudes and engagement of people in community areas. Toward this end, the Center for Conservation in the Horn of Africa supports the Grevy's Zebra Trust, an independent wildlife conservation organization established to address the urgent need to conserve Grevy's zebra in the community rangelands of Ethiopia and Kenya. The Grevy's Zebra Trust is working holistically to secure critical resources and safeguard this species from extinction across its range by engaging communities in the protection and monitoring of Grevy's zebra. Through the Grevy's Zebra Trust, the Center supports community conservation and education programs in both Ethiopia and Kenya. One such program, the Grevy's Zebra Scout Program, supports a number of women and men from Kenyan communities to participate as Grevy's Zebra Scouts, observing and recording the movements and activities of nearby groups of zebras. This successful program provides the benefit of equal-opportunity employment in the participating communities, a direct and tangible community incentive to support conservation activities. Since the inception of this program, the Scouts have served as advocates for Grevy's zebras and for conservation. As a direct result of this program, conducted in tandem with a community awareness campaign, the tolerance of Grevy's zebra within the vicinity of community livestock has significantly increased and the herdsmen now allow the zebras to share the limited grazing and water resources with their livestock.

This Center is also supporting black rhino conservation. In the wild, large scale poaching of the now critically endangered black rhino has resulted in a dramatic 96% decline from 65,000 individuals in 1970 to just 2,300 in 1993. Intensive anti-poaching efforts have had encouraging results since 1996, and the population now numbers between 5,042-5,455 in the wild.

In 2016, the Center began providing funding to Northern Rangelands Trust to create a rhino sanctuary through the Sera Community Conservancy, the first community conservancy in Africa to own and operate a sanctuary dedicated to the conservation of the critically endangered black rhino. Thanks to Center support in 2016, this sanctuary installed new waterholes for the rhinos and solar-powered generators that pump. The sanctuary also offered sophisticated training to guides and rangers to track rhinos and has provided state-of-the-art protection for 12 black rhinos. Northern Rangelands Trust brought the rhino back to its natural habitat in northern Kenya after 30 years' absence.

The center also supports anti-poaching teams in northern Kenya, where in 2015, 10 black rhinos were reintroduced.

Emerging conservation programs for other species, such as the mountain nyala, are being given important ground-floor support by the Center for Conservation in the Horn of Africa. The mountain nyala is a critically endangered species endemic to Ethiopia. Little is known of this species, and research and education projects supported by the Center and several partners through MELCA Ethiopia, Bale Beauty Nature Club and WildCODE, three emerging conservation organizations in Ethiopia, will help lay a foundation for a conservation plan to ensure a future for this incredible species, a true Ethiopian treasure.