Built for the Artic

Polar bears are built for the arctic. Their coat has an outer layer of guard hair over a thick layer of under hair, making it water repellent and insulating against frigid temperatures. Their white coat provides exceptional camouflage in their icy and snowy habitats. They have unusually small ears and tail, which helps prevent heat loss. Whereas, their feet are large and wide, perfect for walking on ice without slipping. They have thick fur between their toes, which helps prevent freezing. Females can weigh up to 650 pounds. Males can grow up to ten feet long and can weigh 900 to 1500 pounds. Their size helps hunting, but their fat also helps with temperature control in sub-zero temperatures.

At Home on Ice

Sea ice is essential to polar bears. They use ice for hunting. Specifically, they hunt seals on ice floes or near breath holes, since polar bears are not fast enough swimmers to catch seals in open water. They stalk and ambush their other prey on ice as well. Additionally, these bears use ice for mating and maternal denning. Over the last 20 years, scientists have noticed a marked reduction in Arctic Sea ice.

The Polar Bear faces a high risk of extinction in the wild.

We care about polar bears

Scientists are particularly concerned that polar bears may be less able to adapt to environmental changes than other bear species. Not only are polar bears highly specialized for life in the Arctic marine environment, but they also have low reproductive rates. This, combined with the current speed of global warming, makes it unlikely that the bears will be able to adapt.

The Saint Louis Zoo WildCare Institute partners with Polar Bears International (PBI), a non-profit organization dedicated to worldwide conservation of the polar bear and its habitat. Zoo staff have been actively involved with PBI to provide education programs that inform and empower people to make a difference by reducing carbon emissions that contribute to climate change. The Institute has also supported a PBI maternal den study of this species. The zoo also participates in the Association of Zoos and Aquariums Species Survival Plan for polar bears, and we support a polar bear at the Zoo.

Learn more about how the Zoo is helping wildlife around the world.

Find this animal in The Wild 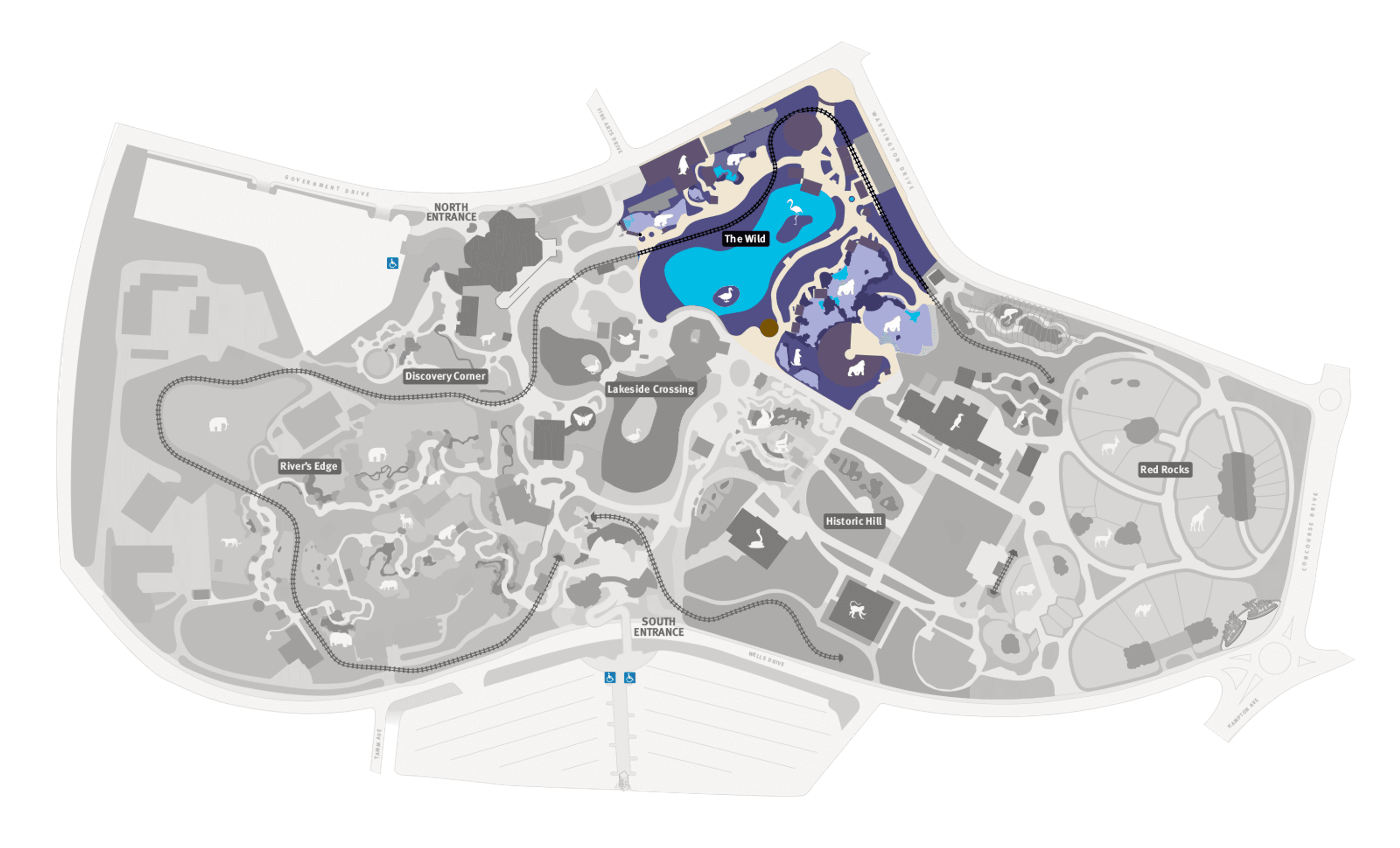 You’ll find penguins, puffins, grizzly bears, gorillas, chimpanzees, to name a few. And while visiting, you can take a ride on the Conservation Carousel or hop aboard and ride the Zooline Railroad. There are also gift shops and eateries you can enjoy.

You’ll find penguins, puffins, grizzly bears, gorillas, chimpanzees, to name a few. And while visiting, you can take a ride on the Conservation Carousel or hop aboard and ride the Zooline Railroad. There are also gift shops and eateries you can enjoy.